The ices of Greenland and Antarctica bear the fingerprints of a monster: a gigantic volcanic eruption in 539 or 540 A.D. that killed tens of thousands and helped trigger one of the worst periods of global cooling in the last 2,000 years. Now, after years of searching, a team of scientists has finally tracked down the source of the eruption.

The team’s work, published in Quaternary Science Reviews, lays out new evidence that ties the natural disaster to Ilopango, a now-dormant volcano in El Salvador. Researchers estimate that in its sixth-century eruption, Ilopango expelled the equivalent of 10.5 cubic miles of dense rock, making it one of the biggest volcanic events on Earth in the last 7,000 years. The blast was more than a hundred times bigger than the 1980 Mount St. Helens eruption and several times larger than the 1991 eruption of Mount Pinatubo. It dealt the local Maya settlements a blow that forever altered their trajector……

Ice cores from Greenland and Antarctica show spikes of sulfate, a byproduct of large volcanic eruptions, at 536 and either 539 or 540. The two volcanoes were so large and so violent, they launched sulfur gases and particles miles into the sky. Since this material reflected sunlight away from Earth’s surface, it triggered severe global cooling: One 2016 study found that the volcanoes decreased average global temperatures by as much as 3.6 degrees Fahrenheit……

Dull’s team also revised their estimate of Ilopango’s size, taking into account the thickness and spread of Tierra Blanca Joven deposits. They say that Ilopango may have even dwarfed the 1815 Tambora eruption, a huge volcanic event that ushered in “a year without a summer” because of the global cooling it caused. Ilopango likely launched up to a million tons of sulfur miles into the sky, high enough for stratospheric winds to spread the aerosols worldwide and trigger global cooling.…..

"It may be the brief bursts of heat stealing the headlines, but it's the cold that's proving persistent and detrimental (to growing regions)."https://t.co/Ny25FPprMg

Continued in the comments below

If this gets into the stratosphere and we get a big radiative perturbation to the planet's energy balance, it will be a great chance to test our understanding of the climate system. https://t.co/xya9vAPoqw

There had been a couple of early snow falls as the AAO dropped strongly negative in late February,  the jetstream meandered and the westerly belt brought bursts of cold air onto Tasmania and southern alps

A short period of +AAO in early March and then another steep drop in the AAO , not as steep. Down to neutral. A week later and we have another. old pool being cut off to affect Victoria and the NSW alpine districts 30th March and 1st April.

30th March 2019. Here is the thickness forecast showing 536 thickness over the Ballarat ranges initially. The cold pool then to combine with a surface trough over Alpine regions

Also snow on alps in NSW and inland NSW

Adaminaby Angler Loc: Anglers Reach NSW; 1,290 m  Was most certainly snowing down here, I can tell you that! Lovely, fat flakes indeed.

Was out & about driving much of the day; overseeing the yonder snow-laden alps.

However, what shocked me the most was getting the call from my relative at Black Springs-Shooters Hill (who owns the property there—precisely where I was for much of last year at 1,277 m AMSL); snowing up North too!

Never have thought the snow would fall so far northerly this time of year…absolutely unusual. Something tells me this upcoming snow season might be one for the books.

Gotta love the contrast from January til’ now!

Eigerwand“Well this appears to have been a pretty good little to whet the appetite for the season ahead. Saw some footage on Snowsearch from Perisher this morning, enough snow to make everything white 🤩

Rsav”Today I took the chairlift from Thredbo up to Eagles Nest and walked as far as Mt Kosciuszko Lookout. A winter wonderland up on top, quite a sight for so early in the year.”

FOR ALL SNOW REPORTS FROM APRIL ONWARD SCROLL DOWN TO COMMENTS SECTION WHERE L WILL POST.

I will collect information and observations

Forecast for 532 thickness for Tasmania 6 days into Autumn. which can bring low level snow

Nothing like a wavy sub polar jet associated with a negative dip in the AAO/ SAM since —early February 2019, to produce dynamic wavy jetstreams at the 200hpa stratosphere.

is the cold pool in the Bight 5th March 2019. The day before it travails over Tasmania.

Temperatures got down to 9.8 deg in Hobart and light splatter of snow on Mount Wellington

Today’s taste of wintry weather comes less than a week after the state endured a day of record-breaking March heat.

Dover’s 40.1 degrees on Sunday was the first time on record any location in Tasmania has exceeded 40 degrees during March.

Impressively, Hobart’s 39.1 degrees on Sunday was also hotter than any day in the city during summer. Last season’s highest temperature was 37.9 degrees.

Sunday’s heat now seems like a distant memory, as much colder southwesterly winds flow over the state today.

Hobart was only sitting on 13 degrees at 10am, although wind chill was making it feel more like eight degrees.”

EXTRACT…..“The sun is entering one of the deepest Solar Minima of the Space Age,” wrote Dr Tony Phillips just six weeks ago, on 27 Sep 2018.

Sunspots have been absent for most of 2018 and Earth’s upper atmosphere is responding, says Phillips, editor of spaceweather.com.

Data from NASA’s TIMED satellite show that the thermosphere (the uppermost layer of air around our planet) is cooling and shrinking, literally decreasing the radius of the atmosphere.

The Thermosphere Climate Index (TCI) tells how much heat nitric oxide (NO) molecules are dumping into space. During Solar Maximum, TCI is high (meaning “Hot”); during Solar Minimum, it is low (meaning “Cold”).

“Right now, it is very low indeed … 10 times smaller than we see during more active phases of the solar cycle,” says Mlynczak”

Hi Sue,
These two graphs indicate that there are times when solar
minimum occurs at or near the same location on the ecliptic.

During the 12,000 year inter-glacial periods there is evidence
that this is happening to a lesser degree. Notice the 143 year
separation (Bretagnon wave?) between 1843 and 1986.

CRIKEY said”feel freee to ask TOM questions in the comments section below.
This post is an ongoing study of Toms’
Use the search facility to find his previous posts

CLICK ON TITLE TO LOAD DISCUSSION IN THE COMMENTS BELOW

His research and current forum discussion is found 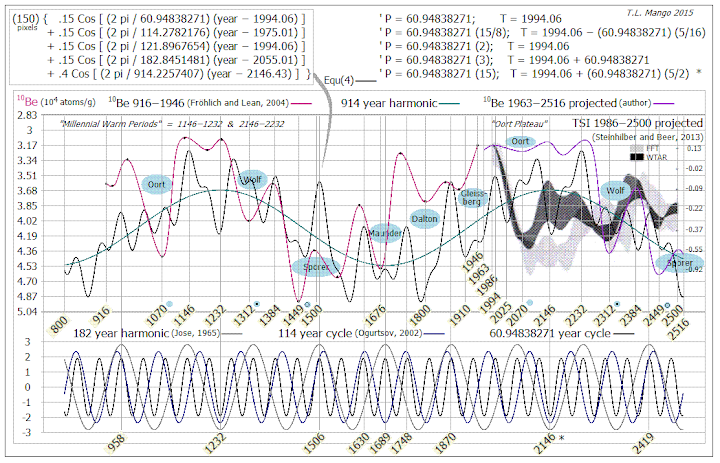 that is close to the record of 68.2cm in 2006 the record for single day snow fall

Photographer Giles Clarke sent these photos of the blizzard in New York City through GuardianWitness. 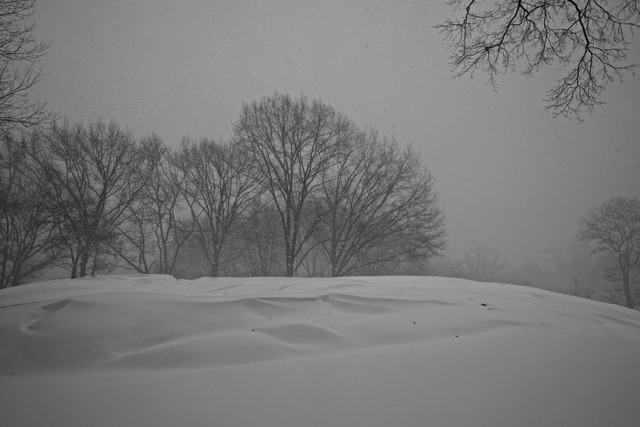