A strong Stratospheric warming event in the Upper atmosphere commenced July 28th 2013 with a hot spot in the upper stratosphere 01 and 10 hPa .. south west of the WA coast
and peaked 6 days later on the 3rd August 2013. 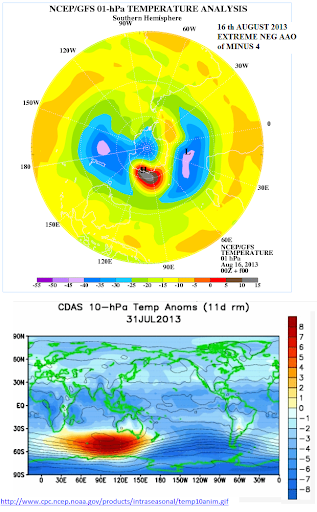 How does this happen?

Wondering if this SSW event may be linked to a minus 4 ! AAO.
Discussed recently here
https://weathercycles.wordpress.com/2013/08/15/antartic-oscillation-ao-finally-plunges-and-westerly-belt-gives-southern-australia-a-lickin/ 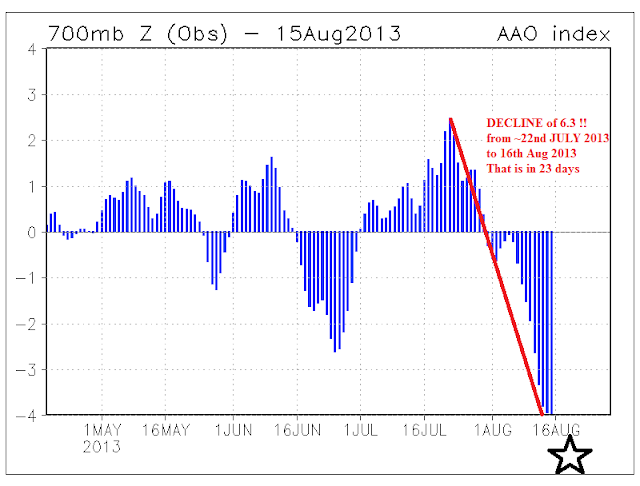 The AAO commenced a downward trend around July 16th 2013

The westerly/low pressure belt is quite swollen at the moment which you might expect for winter
Of Note is the center of the high pressure belt has shifted north .Also a characteristic of winter synoptics
and a very long cold front makes it as far north as South east QLD

It is possible the recent SSW event has assisted in this winter pulse and synoptic set up.

Here it is for the record anyway 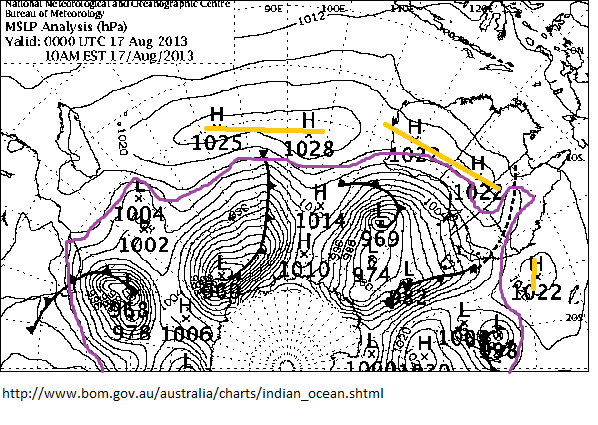 THe last SSW l noted was around MAY 2013

SSW EVENT in August 2013 in Southern Hemisphere is registering on OZONE mapping as a strong POSITIVE ANOMALY !! 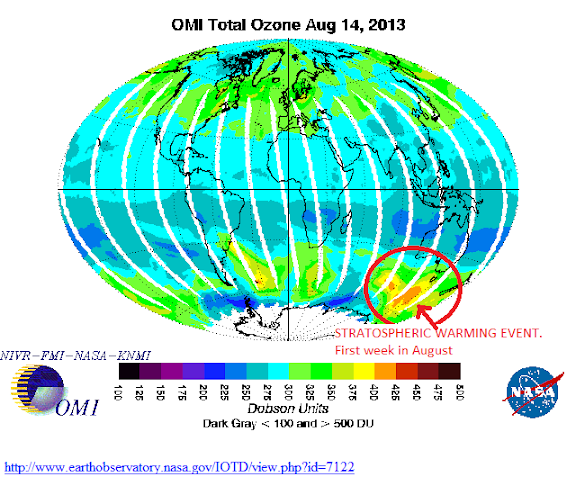 25 comments on “Another stratospheric warming event( SSW) in the Southern hemisphere? AUGUST 2013”